The mineral sector drives Brazil’s economic recovery during the pandemic

Toronto (March 6, 2021) - Opening the Brazilian Mining Sessions 2021 yesterday, Brazil Minister of Mines and Energy, Bento Albuquerque, noted that the country’s mineral sector is on the rise and ready for a new era of sustained growth, despite the economic repercussions caused by the COVID-19 pandemic.

“The challenge posed by the Covid-19 pandemic demonstrated that the mining activity is a key economic driver and critical contributor to secure the nation’s social needs”, added the minister, while presenting successful results achieved by the sector in 2020 in a video message for the participants of the event. 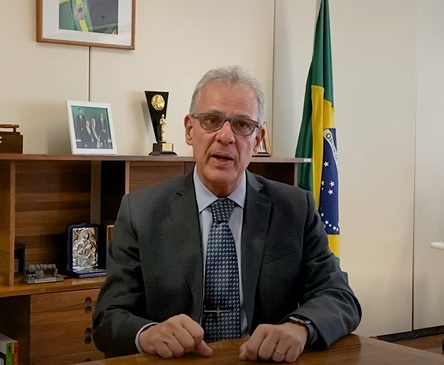 The all-online event kicked off the Brazil-Canada at PDAC series of events, which will take place during the 2021 PDAC Convention, held this year virtually from Monday, March 8 until Thursday, March 11.

The minister pointed out that the remarkable performance of Brazil’s mining industry, which produced over 1 billion tons of minerals and increased exports by 11%, resulted from a series of regulatory reforms  undertaken over the last two years, including a new legal framework passed in September.

The current reforms have been welcomed by several executives from international mining companies with operations in Brazil, who participated in the event’s two discussion panels. Overall, most of the participant speakers deem Brazil’s mineral sector a much better place for investments than in past.

For Lundin Mining CEO, Marie Inkster, investing in Brazil’s mining industry is no longer about potential discoveries only, but also the property rights law, banking system, environmental approval process, and a regulatory framework in place, “the systems allow you to get things done when you need them to get done.”

Equinox Gold CEO Christian Milau said there a lot fewer questions about Brazil regarding political or jurisdictional risks than in the past. He also highlighted that mining projects in Brazil take advantage of the available workforce, “it’s pretty easy to get skilled labor and trained people across the country.”

David Strang, CEO at Ero Copper, noted the growing interest by the government in continuously trying to improve bureaucratic processes, as well as to finding solutions for the needs of the project, “is always advantageous when we have that kind of symbiotic relationship with the government.”

For Aura Mineral CEO Rodrigo Barbosa, the current unusual low-interest rates in Brazil, actually below 5%, also provides an opportunity to attract capital to the sector, particularly from Brazilian institutional investors looking for equity. “There is a significant amount of capital and investors in mining and gold.”

The CEO at Lara Exploration, Miles Thompson, said that the creation of the National Mining Agency (ANM) revigorated the regulatory process and the decentralization of environmental licensing allowed companies to work closer with regulators. “I’ve never worked in an environment where regulators, authorities are so proactive,” he added.

Mike Mutchler, President, and CEO at Amarillo Gold commented that the permitting process for new projects was streamlined in Brazil. He mentioned that he used to face a divided licensing process for different components of the project in the past, and now it has been aggregated in one main license.

For the CEO of Sigma Lithium, Calvyn Gardner, the Brazilian government has definitely changed when it comes to environmental agencies and mining regulation over the past years, “and that is really positive for any new investment in the country.”About “The Brazilian Mining Sessions 2021” - The Brazilian Mining Sessions 2021 is a series of events held online from March 5th and March 11th, 2021, including “The Brazil-Canada at PDAC” series of events, which take place during the 2021 PDAC Virtual Convention. The events focus on the Brazilian mineral exploration and mining industries and are hosted by the Organizing Committee of Brazil PDAC 2021, led by the Brazil-Canada Chamber of Commerce and the Agency for the Development and Innovation of the Brazilian Mineral Sector (ADIMB).

News The Coming of Age of Sustainability
Read more

This website uses cookies and external scripts to improve your experience, being absolutely essential for the proper functioning and guaranteeing the basic functionality and security features of the website anonymously.